For the community of  and Dignity/Washington at St. Margaret’s Episcopal Church, Washington, DC.

My favorite line from today’s first reading from the Acts of the Apostles is this:

“Because there arose no little dissension and debate….”

Other translations say it more clearly, referring to the “sharp dispute” that Paul and Barnabas had with those unnamed Jewish-Christians who had come to Antioch from Judaea and who were preaching that in order to follow Jesus, one must first follow all aspects of Judaism, including circumcision, the rules about ritual purity, and all the dietary restrictions found in Mosaic Law. 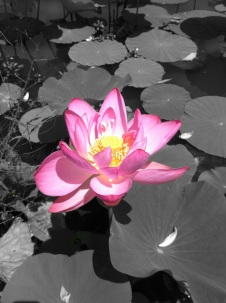 Now if they were here, my parents or brother or sister, or some colleagues from work, or perhaps even a few of you who know me well would not be surprised to hear me say this … to say that I like this line about dissension and debate. Ever since I was a child I always liked a good argument. I’ve always enjoyed the back and forth of a well-thought-out discussion, and found the process of logical reasoning to be stimulating and energizing. But before I say more about why I like this line so much, let’s take a closer look at this reading.

It comes from the 15th Chapter of the Acts of the Apostles, about two-thirds of the way through this very important document about the life of the early Church. As you may know, the author of the Acts of the Apostles is probably also the author of the Gospel of Luke, and so scripture scholars will often refer to “Luke / Acts” as a single entity. The passage we hear today begins with the first two verses of Chapter 15 and includes the reference to that “dissension and debate” that I mentioned earlier. Then, unfortunately, the reading skips 20 verses and tells us the result of what many commonly call the “Council of Jerusalem.”  I say “unfortunately” because – as is so often true – what’s just as important as the outcome of a discussion and debate is the process of how that outcome is reached. How we get somewhere is often just as important as where we end up.

The question those early Christians faced was this:  Is it necessary for Gentiles who wish to be baptized and become part of the community as Christians … is it necessary for them also to follow all the rules of Judaism?  It was a debate between so-called Jewish-Christians and Gentile-Christians. Twenty centuries later, we know the outcome; we know the result.  We know that the burden of following the Mosaic Law was not placed on the shoulders of Gentiles who sought to become Christian, and so for over two thousand years we as Christians have not felt obliged to follow those practices.

Although the issues of circumcision and Mosaic Law have long been settled, every century and every generation throughout Christian history grapples with its own “issues of the day.” Christians in every age struggle with making choices about how our Christian faith guides us, about what that faith might ask of us in all spheres of life – from the most intimate and personal to the most public and communal.  How DO we … or rather, how SHOULD we make those choices and decisions as the community of the followers of Jesus? Looking at those 20 verses that we did not hear gives us some insight. In those verses …

Clearly that Scriptures tell us that openness to the guidance of the Spirit is called for when faced with difficult or divisive issues. They demonstrate that we must be open to listening to the Spirit, the Advocate, the One Whose gifts we hope and pray will guide us in making good choices and in choosing the best path.

But the Acts of the Apostles and this glimpse at the “Council of Jerusalem” tell us something else, as well:  They tell us that good decision-making is not only about listening, it’s also about being heard.  It involves finding our own voice and not being afraid to take ownership of and responsibility for the Baptismal Faith that is ours. In that Faith, we are confirmed with the Gifts of the Spirit. In that Faith we gather each week to share the One Bread and the One Cup. In that Faith we are all called to share in the ministry of preaching the Good News … including our Good News of the working of God’s Spirit within us as evidenced by the way we live our lives. Yes, we certainly must listen, not only to one another, but also to the countless ways in which the Voice of God speaks to us every day.  But just as there is a time to listen, so too is there a time to speak up.

As the political successes of the LGBT community continue to increase in the public square, at the same time we are seeing some very strong reactions of many Catholic bishops and even some Catholic lay people who do not like those successes. Most recently, the Archbishop of Detroit and the Bishop of Providence have made headlines with their not-so-veiled warnings to Catholics regarding their thoughts and actions concerning same-sex marriages. Using language of what we had thought was a by-gone era, the Bishop of Providence said that Catholics who attend a same-sex wedding could possibly “harm their relationship with God and cause scandal to others.” The Archbishop of Detroit went even further, stating that Catholics who support same-sex marriage should not receive Communion, because to do so – he said in a rather convoluted argument – would be to renounce one’s integrity and show a disconnect between belief and action.

Thankfully, many priests and many more lay people are finding the courage to stand up and have their voices heard. Individuals and groups across the country are choosing – with faith and with respect – to speak out with a different message, a different story.

And so, I like that line about debate not merely because I like a good argument, but because the story of the early Church reminds us of a Truth that those in power can tend to forget.  It’s the truth that says that the best decisions are always made when every voice is heard. From the weakest to the strongest, from the most vocal to the most reserved, God’s Spirit dwells within us all. It’s a Truth that even the institutional Church has tried – though with limited success – to recognize.  In the half-century since the Second Vatican Council, as the Church has tried to move from the absolute monarchy of the papacy to a more inclusive Body of Christ, we’ve seen the rise of parish councils, parish finance councils, diocesan presbyteral councils and pastoral councils and other bodies seeking to allow greater participation by all. Despite the limited success of those efforts, individually and collectively, we should heed the words of Jesus not to let our hearts be troubled or afraid. We should listen to the Voice of the Spirit Who speaks in the depths of every heart, and we should not be afraid to let that Voice speak its truth in our lives… a truth that tells even those who don’t yet want to listen, that we, too have something to say.