Before I say anything about the scriptures we just listened to and what they might mean for us today, I think I would be remiss if I failed to acknowledge that – as Americans – we are gathering today as a different people than we did one week ago.  While many people who listened to the President’s Inauguration speech on Monday may have had to look up what his references to Seneca Falls and Selma and Stonewall meant, no one could misconstrue the meaning of his words when he went on to say this:  “Our journey is not complete until our gay brothers and sisters are treated like anyone else under the law – for if we are truly created equal, then surely the love we commit to one another must be equal as well.”  Regardless of whether we voted for Mr. Obama or not, or whether we agree or disagree with his stance on this or that political issue, there can be no doubt that – for us as gay and lesbian Americans – a page of history turned last Monday.  There can be no doubt that his speech marked the dawn of a new era and the beginning of a new chapter in the long road of LGBT Americans to see our full acceptance and inclusion in American society.  For this, I’m sure you join me in being very thankful to God. 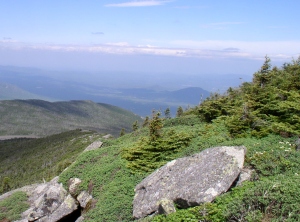 Sadly, the corresponding chapter in the history of our Church has yet to see the full light of day.  But let me suggest that the pages of that chapter are being written right here and right now, week in and week out, as we gather to celebrate in Word and in Sacrament the faith of our ancestors – a faith that, as today’s scriptures remind us, brings healing and liberation to those who both listen to and live God’s Word in daily life.

By now you all know that last fall marked the 50th anniversary of the opening of the Second Vatican Council.  One of often repeated beliefs frequently heard after Vatican II is that the Church is most fully itself when it gathers for Liturgy.  Today we have 3 scripture readings that remind us of this – two of them call to mind the Liturgy of the Word, and one of them reminds us of the Liturgy of the Eucharist.  Ezra the priest reads to the people who have recently returned to Jerusalem form their long captivity in Babylon.  Jesus of Nazareth, “as was his custom,” entered the local synagogue, reads to a gathering of people who surely knew him well, and tells them, “Today this scripture has been fulfilled in your hearing.”

And finally Paul, in that unusually long passage from his first letter to the Corinthians, reminds a somewhat troubled and fractured community that they are, indeed the very Body of the Christ in whose name they have been baptized.  When you hear those words, “Body of Christ,” I suspect that for many of us the first thing that comes to mind is the Eucharist – the bread which we will soon bless and break and share among us.  Those are, after all, the words to which we say “Amen!” when the minister of the Eucharist offers us the Communion.  Using the image of the human body, however, Paul provides us with a related and dare I say deeper meaning of what “Body of Christ” means.

Paul is writing to a group of Christians in about the year 55 – some 25 years or so after Jesus’ death and resurrection.  This small group of people – perhaps 50, but probably not much more – had embraced Paul’s message when he had traveled to the Greek city of Corinth the year before.  They had heard him preach, been baptized in Jesus’ name, and had made an initial commitment to what we today would call Christian discipleship.  In the year since Paul had gone to preach elsewhere, Paul has learned that things aren’t so good in Corinth.  He’s heard that there is tension and division and jealousy; that some people are straying from the message he had taught, that others are living what we can euphemistically call “less than virtuous” lives, and that they were neglecting the poor in their midst.

It is to this small group, this Church, that Paul writes. He probably knew all the people at least by face if not by name, just as we know one another gathered here.  He also knew that this was quite a diverse group of people – men and women; Jews and Gentiles; young and old; married and single and widowed; rich and poor; some free and sound bound in servitude and slavery – each with their own gifts and shortcomings, their own weaknesses and strengths. Knowing all this, Paul goes on great length comparing this community, this local Church, to a body.  Just like any human body has different parts that all must work together for the good of the whole, so must every member of this body work with all other members for the good of the whole.  And just like every part of a human body as its own unique purpose and function, so too does each member of this body have his or her own unique talents and skills and blessings to contribute to the greater good of the whole.  And so for Paul, the Body of Christ refers to you and me, gathered as we are in the name of Christ.  His words are clear: “… you are Christ’s body, and individually parts of it.”

Even though the Church today is very different than it was in Paul’s day – much larger and even more diverse than two thousand years ago – Paul’s message remains unchanged:  Through Baptism into his death and resurrection and through the sharing the One Bread and the One Cup, we are all members of the One Body of Christ.

As LGBT Catholics, we’ve often heard quite a different message from many quarters within our Church, haven’t we?  We’ve been told in subtle and not-so-subtle ways that we either are somehow de-formed parts of the Body of Christ, or that we aren’t even a part of that Body at all.  You and I know in our hearts that such claims are patently false.  We reject positions that would disparage our full humanity or our full Christianity – positions that would seek to exclude us from the Body of Christ.  And yet, hearing such claims as we sometimes do, we can feel like the hand or the foot or the eye that says to those other parts, “I do not need you.”  In our anger at being rejected, we can reject in turn those who dismiss us … especially those who wield great power within the Church and who … unlike the President in his speech … would never even speak the word “gay” let alone engage in fruitful dialogue with God’s LGBT sons and daughters.

And so for us, if God’s Word is to be fulfilled in our hearing, then there is a new challenge.  Like our Corinthian ancestors, we are called to see fellow members of the Body of Christ not only in the faces of one another gathered here – people whom we know and care for and even call friend – but also we are challenged to see as members of the Body of Christ those who may still be blinded by prejudice and bound by ignorance.  And … if our blindnesses are healed … we may even have cause to see some signs of hope for our Church.

Some gay Catholics were pleased, for example, to see seeds of hope in this week’s statement from the Bishops of France where, as you probably know, the issue of same-sex marriage is being hotly debated.  While their statement would hardly be endorsed by gay rights groups, the French bishops’ statement at least:  Recognizes that homosexuality has always existed; Rejects homophobia in any and all forms; Recognizes that there can be value in loving, committed same-sex relationships; and Recognizes that the concerns and needs of gay people themselves must be listened to directly.

The passage of Scripture that Luke tells us Jesus declared “fulfilled in their hearing” was from the prophet Isaiah.

The Spirit of the Lord is upon me, because he has anointed me to bring glad tidings to the poor. He has sent me to proclaim liberty to captives and recovery of sight to the blind, to let the oppressed go free, and to proclaim a year acceptable to the Lord.

May these same words of Scripture reminding us that we are Members of the Body of Christ, united in love for one another and called to bring God’s love to a world and a Church that is broken, be fulfilled in our hearing and usher in a new era of healing and liberation for all God’s holy people.

(material for parts of homily is drawn from a variety of sources, including homilies by Fr. Joseph Komonchak, In verbo veritas).