Last weekend I had the great privilege of participating in a retreat sponsored by New Ways Ministry for Catholic gay clergy/religious who are no longer in active or “official” ministry.  As I mentioned earlier, the retreat was facilitated by theologian and writer Anthony Podovano. I was blessed to be part of a small group given a unique opportunity to listen to, learn from, and spend time with someone who has had such an important role in the life of the Catholic community for over five decades.

5 Key Elements of a Truly Human Spirituality — helping us answer the questions, what is religious experience (as distinguished from mere religion) and what is necessary for a valid spirituality? –  In order to answer these questions and to be accurately reflective of true spirituality, something must be present in every instance of humanity. We must also recognize that no person or class or group is ever truly “privileged,” although it might appear as such to those not part of the purported privileged group.  We need to avoid thinking that life or simply being human is ever “easier” for one person, one era of history, one group, etc. than any other person, era or group.  “Golden ages are called such by those who weren’t forced to live through them.”

1. Transcendental Imperative:  All people make enormous efforts to “get out of ourselves,” to get beyond themselves.  It is part of being human to constantly reach outside and beyond ourselves.  The greatest joys in life come from relationship with others, from friendship, marriage, connection with other human beings.  Aquinas said that without friendship, life is not worth living. To be friendless is to be truly bereft.  Believers simply say that God is the end of this process; but non-believers and atheists are also on this same journey, the journey on which we want/desire a companion on the way.

2. Life is Mystery:  Life is always unpredictable, always more than we can handle, and not subject to calculation. While ignorance is something I don’t know, Mystery is something I can’t know! Mystery works on the notion that the more data I have, the more unknowing/mysterious it becomes. E.g. the more we know about the develo 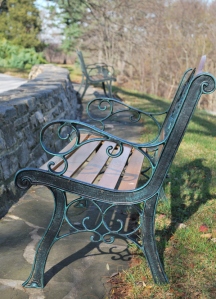 3. Community / Belonging:  the connections we make to others are essential. The real crisis in the church today is not what itsays, but that some people don’t feel home there anymore.  Why would a gay person “go home” to the church? Why would a woman who has had an abortion, or a person who is divorced, etc. want to “go home” to the church? The real contemporary heresy of the church is more related to its exclusion of so many and less than with its dogma.

4. Hunger for the Sacred: The secular is that which we need, but to which we cannot make commitments without it destroying us. I need food, clothing, shelter, money; but if I

commit to these, they will destroy me. [Black Friday and unbridled consumerism!] If I give myself to food, clothing, shelter, money, “stuff,” etc. then I am consumed by them. The sacred is that which we also need; but our commitment to the sacred does not destroy us, it ennobles us. Love – love is inexhaustible. [Bishops and all who oppose same-sex marriage, are you listening?] Forgiveness – one cannot forgive excessively. Wisdom. Hope. Joy.  The whole world is hungry for the sacred … and we only turn to the secular when we despair of the sacred.  cf. Philip Slater’s  Wealth Addiction. When we commit to the secular, we need greater and greater amounts to satisfy, and yet get less and less in return (and are never fully satisfied).

5. Correlation of Reverence and Revelation:  You can only truly see what you reverence, and also reverence what you truly see.  If I don’t reverence a flower … I never really see the flower. 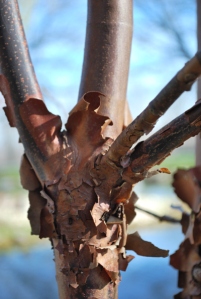 People who reverence each other reveal themselves to each other.  If we don’t feel reverenced, we shut down and no longer reveal ourselves. Revelation without Reverence is Brutality (e.g. sexuality, nakedness, intimacy or rape).